Go is a compiled program language created by Google in 2009.

It has similarities with C and Java, but also with Python. Unlike Java, it does not require you to create a class in order to code an application.

Many developers call this language golang instead of simply Go. Because there is another programming language called Go! (with exclamation mark) created in 2003 by Francis McCabe and Keith Clark.

Why another programming language?

Another reason is that it has resources for [concurrent programming] (https://en.wikipedia.org/wiki/Concurrent_computing).

Wikipedia has an excellent answer to this question:

Let’s start? Learning a new language is very stressful, so let’s avoid too many details early on. There is a shortcut that I really like: MyCompiler.io. 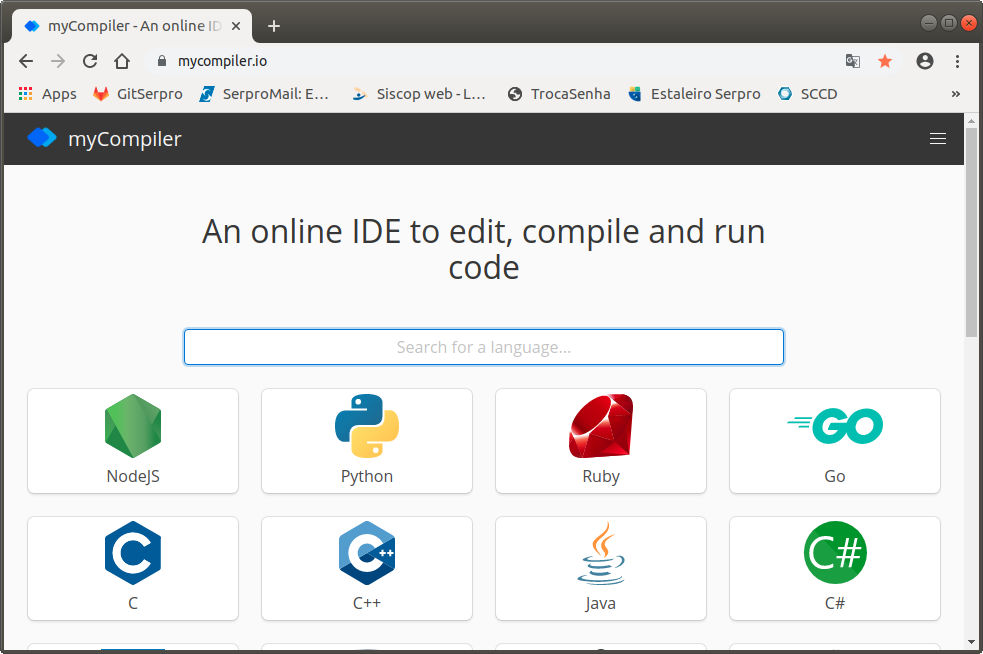 It’s a kind of online IDE, which allows us to create and execute code in many languages, including golang. I recommend that you sign up and log in to save your code. Then choose Go and type the program start.go.

Enter this program on MyCompiler and run: 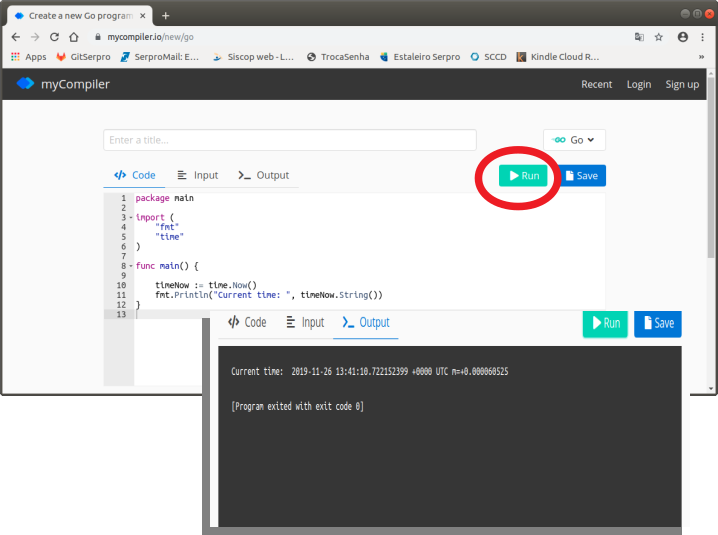 One píece at a time

Every golang program has the same structure: Package declaration, imports and main function. And that is exactly how our program is divided.

First we declare a package called main. It could be another name, if we wanted to create a function library, but as my goal is to create an executable program, I have to put it inside a main package (we’ll see this later).

Then I can import code from other packages, similar to what we do in Java or Python. I’m importing two packages from the golang Standard Library: fmt and time.

Finally, I create a function called main and, inside its body, I put the commands I want to execute:

Ok. How is this code executed? In golang every package called main generates an executable, and must have a function called main. For example, try renaming the function to see what happens…